Just checking too see if this pine cone complied with the sacred geometry of the golden section. Of course it did.<!–more–>

The order in which leaves or seeds grow on a plant is referred to as the “Phyllotaxis”.
So, on the pine cone in my image, I traced the order in which the individual seeds of the pine cone had grown (using needles and thread to mark the ones I had counted). The angle between two seeds was the golden angle. The numbers I have written down on the paper are the order of the seeds. Finally I counted the number of seeds and the number of “turns” and the ratio between those two numbers were the golden ratio. It looks like 32 seeds, so the number of turns would have been 32/1.618 = around 20. 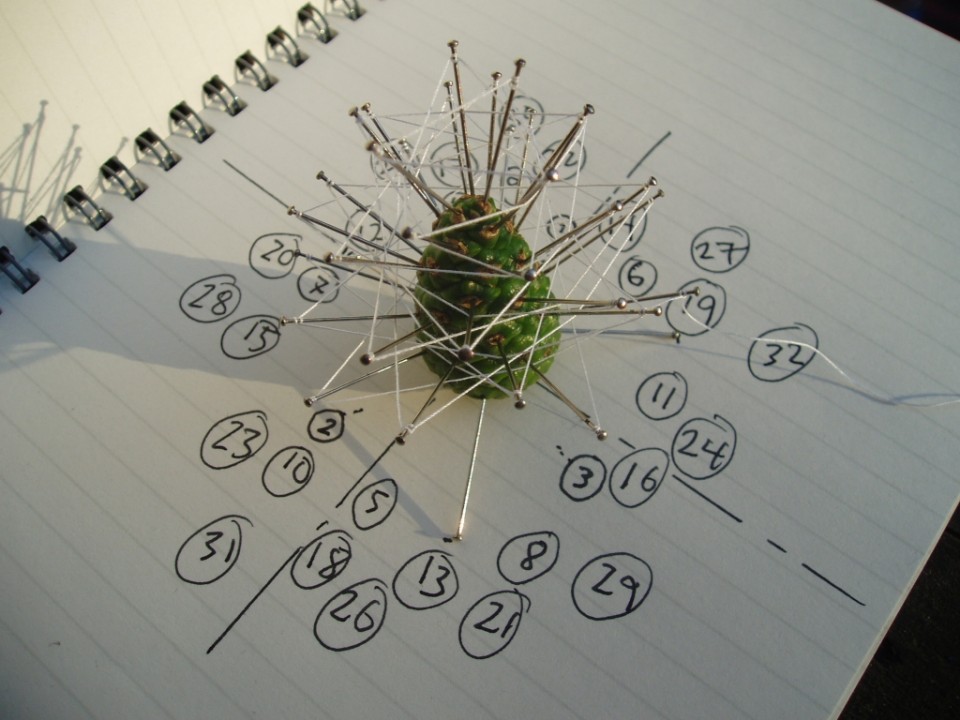